Preparing for this coming school year

Here we are, already in the end of July! I'm preparing for the 2010/2011 school year. I do teach all year, but it's much more relaxed during the summer. My husband and I decided on buying a curriculum for Alex this year rather than me compiling it myself (Because well... I have 5 kids... and.... it's easier... lol). Now that Alex's curriculum is ordered, Cameron's Kindergarten curriculum is compiled and I'm preparing some preschool work for Wyatt, I decided to also make a little Homeschool area in the diningroom. Rather than having the kids computers/laptops crammed against mine or on the diningroom table (which drives me insane) I decided we would get small inexpensive desks and chairs just for them to use. We also have a new, small bookshelf and I made a little daily assignments system. I figured it was time to be a little more organized now that I'm officially homeschooling more than one of them.

Here are some photos of our current homeschool setup! 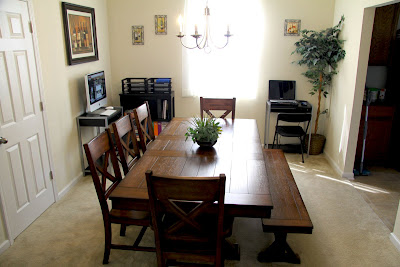 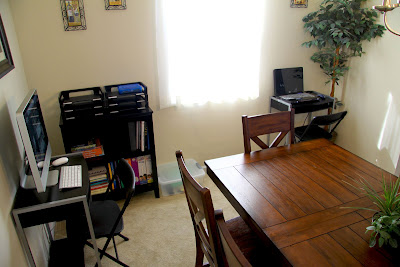 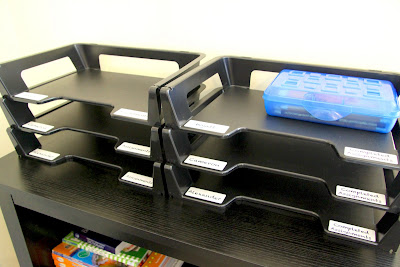 Looks great mama!! Wish I had time to homeschool the boys when they get there, but with the store its just impossible :(

Yeah, There's no way I could do it if I had the kind of business you do!