I wanted to share the Christmas Pictures I took this morning of the kids with my blog readers! :)

I convinced my husband to help me on a whim before he had to go to work! Hah! I'm a pain in the butt spontaneous like that. I think they came out pretty cute! 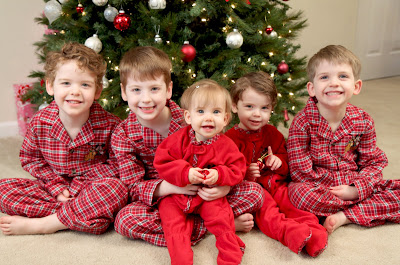 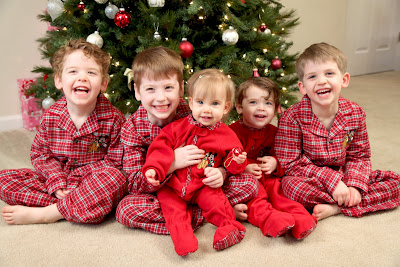 Each of them alone 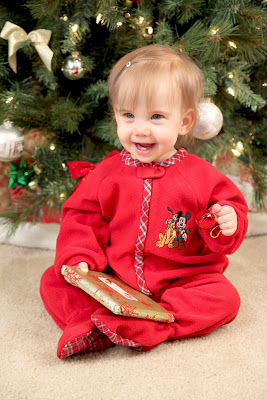 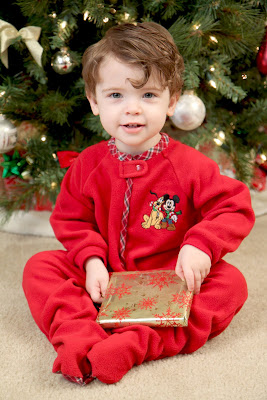 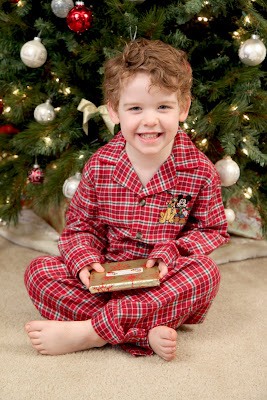 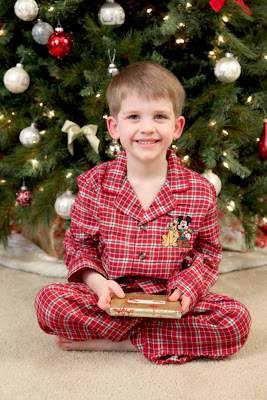 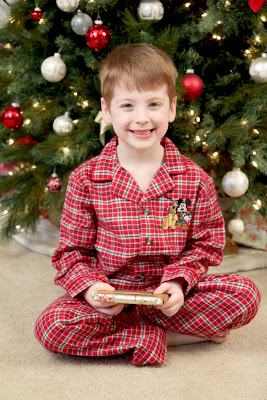 The Fight Is On... Apparently.

I am going to be blogging along the way as we deal with the issues we've been having here at Naval Health Clinic Charleston. This is my way to sort of keep record and maintain accountability.

This complaint explains 2 different incidents I have dealt with recently and have been unable to make a complaint about at Naval Health Center Charleston. There is no ICE form or any feedback forms available online or at the clinic to do so. This is proving to be very frustrating for us and now we're being forced to go up the chain of command to look for resolution. I was instructed to write up this complaint.

Do they REALLY? I think not. 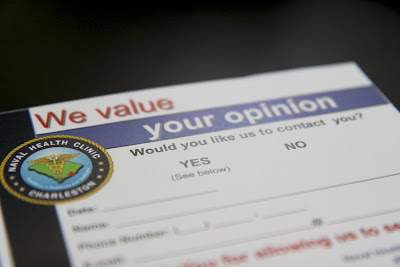 This is my complaint about the unacceptable substandard level of care I have received at Naval Health Clinic Charleston.

On November 19th, 2010, I had an appointment at Women's Health for a prenatal visit. I was there for more than 2 hours past my appointment, which would not have been too much of an issue to me if there hadn't been few patients and multiple staff sitting/walking around chatting, literally doing nothing.

It took more than 20 minutes just to check me in because my file was such a mess. My name was wrong in multiple different ways (spelling, name etc.) on every single item in the file. The woman checking me in had to go over every single item and redo all of the labels. This is an issue that was previously brought up by the ultrasound tech on October 28th, 2010. She physically walked my folder over to one of the staff and pointed out that my file was a mess. In more then 3 weeks time, no one fixed that file.

When I finally saw the midwife and addressed the very long wait and lazy staff I witnessed. She told me to get used to it. I was also given the worst, most painful pap smear I've ever had and I've had 5 pregnancies, so this isn't a new adventure for me.

When I was ready to checkout. The woman in the office that does the checkouts left me sitting for roughly 15 minutes while she chatted with an AD female CG member (I overheard a personal conversation). That is when I got up and said something to a nearby HM, expressing how displeased I was. He was the first kind staff member I had dealt with that day and promptly took me into his office to get me checked out.

While waiting to checkout, I was looking over the paper they had given me to hand in while being checked out. They had my blood type wrong. I find this to be just about the most unacceptable thing I have encountered in all of the issues I've had with this base clinic over the past 3 years, due to it being a dangerous error. This is my health and well being. It also makes me very concerned and very uncomfortable. I question and doubt the integrity, reliability and professionalism of the staff. This concern extends beyond just this department. I have serious concerns with the whole Naval Health Clinic Charleston.

On November 17th, 2010, My 12 month old daughter, Annabella, had her 12 month well baby visit in Pediatrics. Two male corpsman were in the room to get her vitals and stats. One did the physical work and the other, HM2 Bin**** sat down writing it all down (except for when he measured her head). My daughter is very scared of the staff at the clinic, to the point that when they touch her, she cries and screams. HM2 Bin****, was very rude to me about this. He asked me several times if I could make her be quiet as well as rudely asking what her problem was. He was clearly very flustered by her crying. When he stood up and measured her head, he was rough with her as he did it (and took an incorrect measurement as well). The other corpsman remained professional and even cheerful despite her crying.

When my daughter was weighed, HM2 Bin**** commented with a very apparent rude tone, that she had dropped on the weight chart, while scowling at me. My daughter is healthy and just thin. Any health issues were ruled out and she is very nutritionally sound. I did not appreciate his obvious disapproval, when he does not know the medical history of my child and he is not a Dr. This was also not my first encounter with this extremely rude and arrogant corpsman, HM2 Bin****. I absolutely will not let him touch or go near any of my children again.

The final issue I would like to address in this complaint is the fact that there is no ICE form available online for Naval Health Clinic Charleston on the https://ice.disa.mil/ site or the www.med.navy.mil/sites/chas/ site as of today, November 29th, 2010. There are no feedback forms available for Naval Health Clinic Charleston whatsoever. The email to the HMC that is provided, I've never received a response from.

On November 29th, 2010, my husband EMC Lay***, went into Naval Health Clinic Charleston to ask about getting an ICE form. Of the multiple personnel he spoke with, no one had any idea what he was speaking about. He was only given the generic opinion card, that I am attaching this complaint to. I find it absolutely unacceptable that there is no way to make a formal complaint without having to take it up the chain of command.

The Base Clinic Strikes Again

I am one of those military dependents who try to see the best in the military facilities and yet, I'm let down time and time again with poor care in one way or another. Today was another bad day at the military clinic and it was the last straw for my husband and I. We're switching to Tricare Standard and will pay to choose civilian providers come Monday.
I'll try to make this story as short as possible. I waited almost an hour past my appointment just to be called back. Now this alone was irritating, but would not have bothered me too much if they were actually busy. There were hardly any patients and all of the staff, including the drs and midwives who were seeing patients were taking their sweet time getting to patients, laughing, bullshitting with each other... you get the picture. When I was called back for my weight, BP and to be checked in, it took around 20 minutes just to do that because they had my file so messed up. Every paper had my name spelled wrong in various different ways. The woman had to re-label every single paper in my file. When I was finally put into the exam room, I waited a while longer in there.
By the time the midwife came in, I had been waiting nearly 2 hours past my appointment time. I told her I was unhappy about this and she pretty much told me tough shit and to get used to it. We went over my blood work, she asked some questions and she went on to do the most painful pap I've ever had. It was terrible and I've been having cramps since.
After that was all said and done I had to go check out. The woman who does the check out was sitting there having a good old time chatting it up with an AD female Coast Guard member. Finally after waiting for 15 minutes listening to them enjoy a personal conversation, I stood up and told the HM1 in a nearby office I was about to blow up on someone. He was actually very nice, despite my obvious frustration and what I can only imagine came across as bitchiness. While he was checking me out, I realize the paper sitting there waiting to go into my file had my blood type listed as O+... I am B+!!! I told him this and had him note it on that sheet of paper, but I still have no idea if it is correct in the rest of my file or not. The file was so messed up, I will not be surprised if it's wrong in there as well. For me, that was the final straw. Having my blood type wrong in my medical file is dangerous! It's also scary.
This facility is nothing but chaos. When you ask people where you need to go for something, they every time, without fail, send you on a wild goose chase (thus far in my experience). No one knows where anything is, no one knows the procedures for anything and most of them are painfully lazy.
I am currently waiting to see if DHEC here in the state of South Carolina will grant me a waiver to use the Charleston Birth Place here in North Charleston, SC, because they have a rule about women who have had 6 or more pregnancies not using birth centers. It's a terribly outdated law and I'm the 5th waiver they have asked for. The others were granted, so I'm hoping mine will be as well. We were waiting on this to switch over to tricare standard, but now, we're switching regardless. It's so frustrating to me that the majority of my experiences with the military facilities have been very negative. I know many others who share the same feelings.
Here's to hoping DHEC grants my waiver!
on Friday, November 19, 2010 2 comments: