Our beautiful Silver Labrador, Stormy, now has no pretty tail to wag. I know I have some animal lover followers out there.

Stormy had a pretty well known Labrador problem called "Happy Tail". We have had her since she was 9 weeks old, she had never had any issues with her tail until we moved here, into military housing in CT. This house is much smaller and crowded than where we were previously living, so her tail would hit things all of the time as she walked around. Very soon after moving here, she began cutting open the end of her tail from it smacking off of things. This happened several times and it was always a stressful healing process. Trying to keep it covered and keep it from hitting things long enough to heal etc.

At the end of the summer, her tail became cut yet again. This time I was so frustrated I told my husband to bring her to the vet so that they could do something to help it heal faster. I couldn't deal with the month worth of dealing with it again. Well, $180 later, they sent her home with it bandaged, exactly how I had done all along, except they shaved the area. After several weeks, it finally healed. She didn't need to bandage anymore and all was right with the world. Or so I thought.

We went out for a couple hours on a weekend and came home to blood EVERYWHERE. She had chewed a couple inch section on her tail where the fur was growing back and I assume was making it itchy (She had NEVER chewed her tail before). I began the bandaging and cleaning care of it, as I always did. This time as the days went on, I realized something wasn't right. The last few inches of her tail, all of the fur fell out and it began to change color and shrivel. One morning, when the bandage fell off and I got a good look at it, I knew she needed to see the vet. I KNEW the end of her tail had died form all of the trauma.

My husband took her to the vet (A different vet a friend suggested) that afternoon and what I already knew, was confirmed. The end of her tail had died from the repeated trauma. The vet reassured my husband that there wasn't anything we could have done to prevent it, we didn't do anything wrong and cared for it right and he said he was surprised it hadn't happened already with how many times she has injured it.

Our options were to do a partial amputation or a full amputation. The vet suggested a full amputation, because with a partial, it was likely to happen again and she'd need another surgery later. We talked it over and agreed to do a full amputation of her tail. She's not even 5 years old yet and still has a lot of life ahead of her. She had the surgery that night and was sent home the next day, with it all bandaged up and pain pills.

Stormy, the afternoon she came home from the vet hospital. 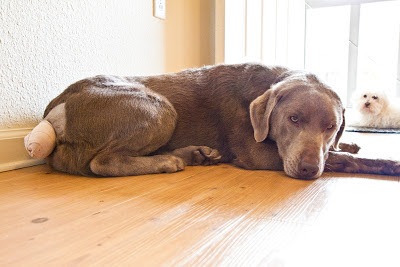 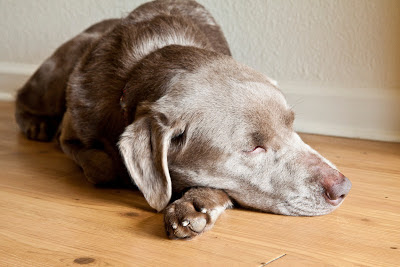 I questioned her being sent home with only pain pills and no antibiotic. The vet who had done the surgery, said they were not necessary. I didn't feel good with that answer, but I ignored my gut because he was the Vet and I figured he must have given her a super dose of antibiotics right before or after the surgery. That evening she had peed herself and just laid there in her urine until I took her out, cleaned her up etc. I called the vet, asked about it and they changed her pain pills, figuring it had something to do with them.

Over the next 2 days, she was completely not herself, very VERY skiddish, could barely get her up to go out to pee or eat etc. Both my husband and I chalked it up to her being in some pain and maybe even a little depressed over losing her tail.

But then, the bandage on her tail started leaking puss onto the floor. We knew that was bad and brought her back to the vet hospital right away. She saw a different vet, at the same animal hospital. This vet looked at her and told my husband she could NOT go home and he had to keep her there. He looked at her file and saw she had been administered no antibiotics whatsoever. Not before or after. NONE. He basically told us, in not so many words, that the other vet made a boo boo. She was very sick, but at the time, we didn't realize quite how bad.

She was treated at this animal hospital for a MONTH. This new vet, made her his personal project. He cared for her himself each day and he gave us updates on her each day. She spent a good portion of that time on an IV and the rest of the time, she received antibiotic injections as well as bandage changes, irrigation etc. of the wound every of couple hours, around the clock. A big area, below where the actual incision and stitches were, had opened up from infection and flesh in that spot had started to die, like the end of her tail had died. The only problem this time is she only had a little nub left. If they removed that, she would likely lose her sphincter control. This vet was determined to cut away the dead tissue as he had to, get control of the infection and get her well on her way to being healthy. That is just what he did.

After a month of being cared for by this vet and the staff at this animal hospital, Stormy came home, well on her way to recovery. The wound had made huge progress in healing and we were only left to administer oral antibiotics for a little while longer and spray it with a special spray a few times a day. That is when the vet told my husband that when we first brought her in, he wasn't sure she was even going to make it, but didn't want to tell us that at the time. She was so sick, that he didn't know if he could save her. Thankfully he did. This vet practice decided not to charge us for any of the stay, food or supplies. We just had to pay for the antibiotics that she needed. In the end, between the surgery, pain pills and antibiotics, we still walked away dropping about $1,000. Much better than it could have been though.

The day she came home, she was happy and herself again! It was like she had never been gone, never got sick, never had her tail amputated, nothing! She has since completely healed, her fur has almost fully grown back and she is showing no signs at all of being traumatized over the whole thing. We are very lucky and happy that we still have her!

Stormy being her normal LAZY self! 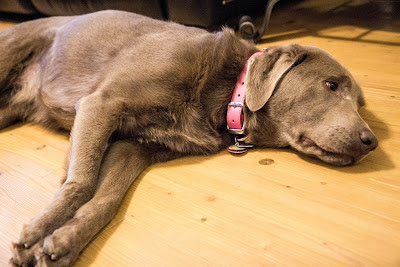 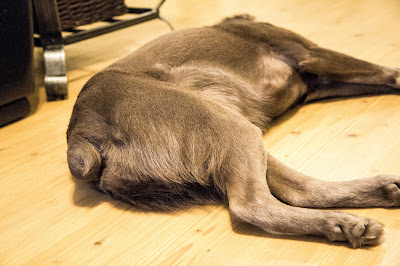 Stormy with her sock monkey :) 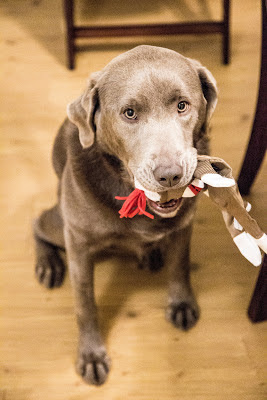 I wish I had went with my gut feeling and pushed the issue more about the antibiotics. Perhaps had she been given them 2 days earlier, we could have avoided this whole grueling ordeal.