Moments like this are the ones I treasure. They are so far and few with how demanding my husband's schedule is. I hope that my children remember these moments always. I know I will. 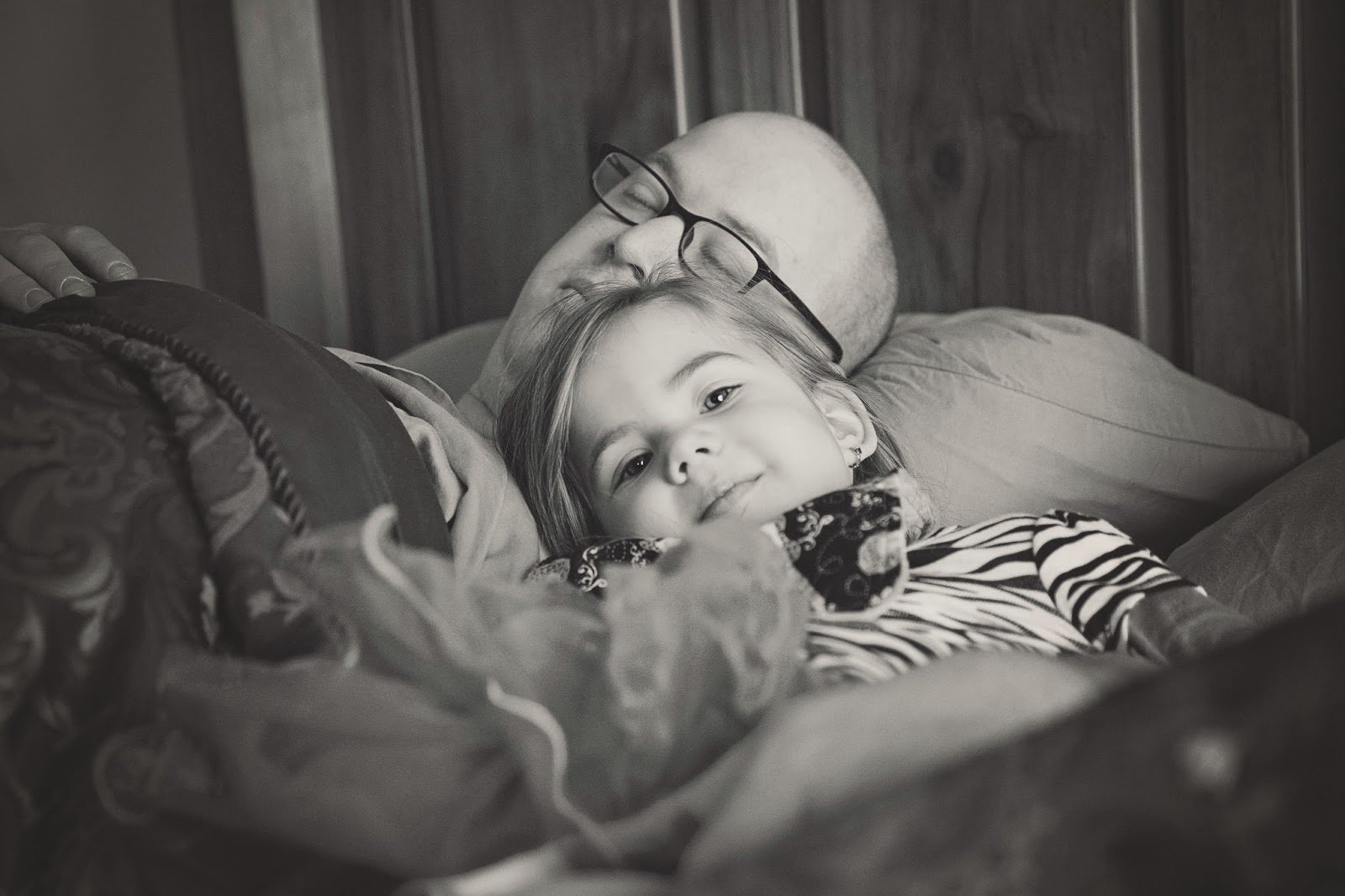 Being a Parent is Terrifying

This morning I had read that the 10 year old little girl Hailey Owens, who there was an Amber Alert issued for yesterday evening, was found dead. She was kidnapped just blocks from her home, walking home from a friends house. We all know these things happen, but this story was a harsh reminder that it is real and it can happen to anyone, anywhere. Even our children. Even mine.

A couple of weeks ago my older 3 boys (11.5, 9 and 8) were across the street at the park. I looked out and saw my 8 year old chatting it up with an older man. I hurried out there to make sure there was nothing shady going on. The man was harmless, he was there with his grandson. But what if he wasn't harmless? I had a sick feeling realizing that my 8 year old is still so innocent. He didn't think twice about telling this man his name, his birthday, about his siblings etc. The older 2 boys were there close by (I tell them that they must stay together), but didn't try to interfere with the conversation. That was a slap right in the face of reality for me. I have talked to my children before about being careful with strangers. But I obviously had not talked to them enough.

After reading this story about this little girl, I called the older boys into my room to have a talk with them. I told them about her. I talked to them about how to be safe. What to do in different situations. We just talked about all of it. I told them that I don't want them to live with fear, but that I just want them to be aware and use some caution. For me, it has always been important not to shelter my children from reality, even the harsh things. I do not shove it in their face, but I try to give them just enough exposure so they are not sheltered.

My Appeal To Everyone: Please be less judgmental of anything different than what you believe

I always fear blogging about Atheism or the fact that I am Atheist. I fear losing wonderful followers because they might be deeply religious and uncomfortable with me being the way that I am. This post came to be, because of a blog post by a fairly popular blogger. I do not plan for this to be a rebuttal or to even directly address his post itself. I just want to address some overwhelming assumptions and stereotyping of what he, and judging by the responses to his post, many others believe about Atheists.

I will clarify right now, that I am not claiming to speak for all Atheists. I am speaking for myself, my husband and all of my personal experiences with many Atheists in my life.


Atheists are not "Anti-Christianity".
As an Atheist, my personal belief is that the bible is not a factual encounter of history. I do not believe there is a God or Jesus. However, I do not think there is anything wrong with anyone who does believe in those things. I don't argue it. I won't argue it. I feel that people should believe in whatever makes them happy/fulfills needs that they need filled.

Atheists are not all on a crusade to take down organized religion.
We just aren't. Sorry. There are definitely Atheists who take a stand against anything religion, but they are a very small group. Just as not all Baptists are like the Westboro Baptist Church and not all Mormons are like Warren Jeffs and the FLDS community. There are "extremists" in every organized religion. I don't consider Atheism a religion, but it can be loosely lumped into that category for the sake of argument.

Atheists do not lack morals.
Christianity does not equal sound morals and Atheism does not equal lack of sound morals. Atheists are just as capable of morality, good will, compassion, empathy etc. without the guidance of a diety, a bible, scripture, so on and so forth. We prove this every day by living our moral lives, displaying kindness and caring for others.

Atheists do not worship Satan.
We don't believe in him either.

I could go on all night, but what it really boils down to is, the only difference between us and the devout Christian across the street, is the fact that they believe the bible and believe in God. We just don't believe it is true. That's it. We have different beliefs. It is really not all that controversial when you look at what it is, instead of looking at all that it isn't.

Instead of being a "closet Atheist", I have decided to be open about it, so that I can show that it's really not a big deal. I know it sounds kind of silly, but the judgment, assumptions and people being blatantly intolerant is hard to swallow sometimes. Especially when it comes to my children.

When people say that Atheism or the lack of religion is what is wrong with this country every time there is a school shooting or a similar horrific event, it stings a bit to realize that my family is looked at as "the problem" with this country. We are good people. We are raising our children to be good people. It IS possible without religion. I promise.

I don't want to have to explain each year why we think we have the right to celebrate Christmas when we don't celebrate it for religion. (But the answer is, it is a largely commercialized holiday that both my husband and I grew up with and we celebrate it for family togetherness.) It is annoying to try to explain why I have 6 children even though I'm not part of a religious group that is known to have many children (Yes, people ask this.) It hurts when people say that our children can't possibly be raised with sound morals and to be good people without a religious foundation. It is frustrating when people say that a marriage will never last, can't be strong and is not worth anything without Christ in it.

I'm an odd ball in pretty much all areas. I'm a homeschooler and a large majority of homeschoolers in the US are some form of Christian (It is even challenging to find secular curriculum for homeschoolers.) We have what is considered a large family and people often ask us if we are Mormon or Catholic. My political views vary from "Republican" all the way to "Liberal", depending on the area in question (I support equal rights for gays. OH EM GEE! I must be a liberal!). There is no Atheist Cookie Cutter.

Please just give us a chance. Please don't let our religious beliefs affect how you view us. Please don't lump us all into the Westboro-like weirdos of Atheism. We are people. Human Beings. Not the sole destroyers-of-the-nation.
on Thursday, February 06, 2014 2 comments: