When the VA Hospital calls a Code Blue during a Seizure

Here's a story for you. This week, while at the VA for a CT scan with contrast (for my husband's nasal cavity. It was ordered in JUNE... it's now October. That's a whole other issue) just as the CT was finished, Tony began to have a Generalized Seizure... Now, let me explain to you how I usually handle things when he is having any kind of test or procedure. I usually go back with him and warn the person performing the test or procedure that he has seizures frequently and to just be aware in case of the event that he has one, so that they aren't taken by surprise or people start to panic. Well this time the man who came to get Tony whisked him away, not allowing me to follow or speak to him and told me to wait in the waiting room. I did as I was told, against my better judgement. Tony has a brain injury and I'm his caregiver. There is a reason he needs a caregiver folks. He doesn't think to warn them of such things. Let's not forget though, this is the VA Hospital he gets all of his care at and his record is full of everything they need to know, including his frequent seizures. But, why would they look at that? Pfffft.

Anyway, back to the main story. Maybe 10 minutes after he had gone back for the CT, I heard noise that sounded like Tony often does when he is having a generalized seizure (a loud guttural sound when the air is being forced out of him with muscle contractions). I didn't want to run back there without being sure, so I hesitated. But as soon as I heard them call a code blue in CT over the speaker. I went straight back there. And let me tell you, it was chaos! Everyone is coming from all directions like a chickens with their heads cut off. People are yelling back and forth that he's having a seizure and trying to grab at him. They wouldn't allow me into the CT room to check him. And I kept trying to calmly explain that I'm his wife, his CAREGIVER and he has seizures frequently. I just wanted to look at him to determine if this flipping code blue and hysteria of the magnitude that it was, was necessary. They wouldn't let me near him of course. So I went to the VA Hospital ER where they quickly wheeled him off to and watched while they were all crowded around him administering medication, taking blood, taking vitals etc. I could see that he was beginning to have another seizure and warned them he was having another one. While having the seizure the ER dr is telling him "Tony, calm down. Relax" I was like, he doesn't know what you're saying.... he has no control over anything right now... but whatever dude. They administered 4mg of Ativan, which is the highest recommended dose for status epileptus, AKA enough Ativan to take down a baby elephant. That was just fine, playing it on the safe side because they weren't aware that 2 seizures back to back is also common for him.

The seizures were pretty intense, but nothing he hasn't had before. I deal with these exact seizures often. I explained all of this to the bazillion people asking me "Has he ever had a seizure before!?". I'm actually surprised by how nervous the staff got. Maybe I've just become THAT desensitized to his seizures because I deal with them so often? I do appreciate that they were ready for worst case scenerio, but had they listened to me or at least looked at his medical record, it wouldn't have been such a dramatic scene.

After he was stabilized, the ER dr told us that he wanted to admit him for a couple of days. I asked for what exactly, because this wasn't a new thing and they don't have a seizure monitoring unit. He said it was protocol, especially because he had 2 significant seizures back to back (which again, isn't new). We thought about it and due to the fact that he wouldn't have constant supervision when I had to leave the hospital to care for our children, we decided we would not allow them to admit him. He was safer with me in the event of a seizure, than he would be alone in a hospital room. Thankfully the ER dr was nice and Tony's case manager, who also happens to be a nurse, was in the ER when it all went down, so he kind of helped vouch for me and my ability to care for him as well.

Tony has had many seizures in public before, but not in this kind of situation. Plenty of excitement to last me a while was had that day! 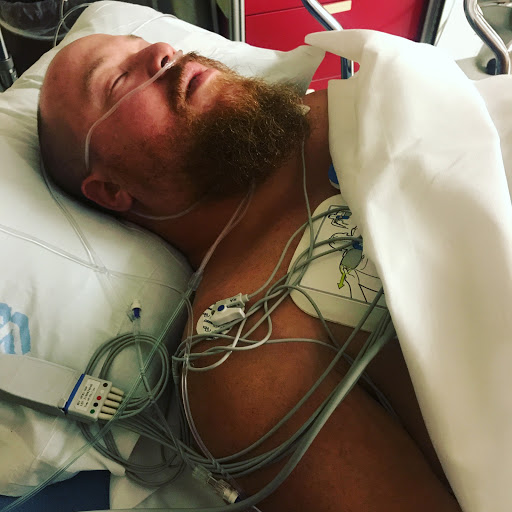 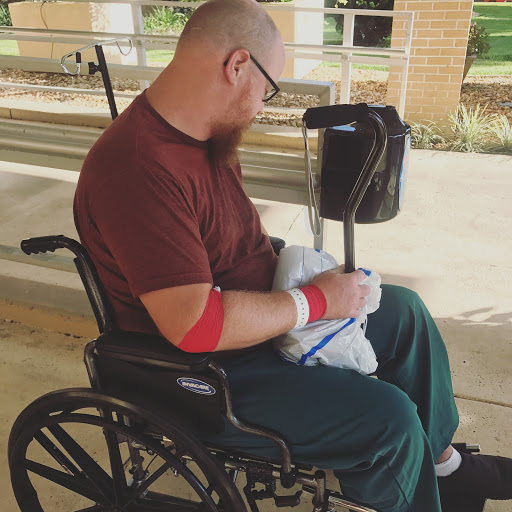